Unknown (Presumably lost in the darkness of The Further)

KeyFace, also known as The Key Bearer or The Man with the Keys is the main antagonist of Insidious: The Last Key. He was portrayed by Javier Botet.

He has an emaciated skeletal face with angular cheekbones, sunken eyes and lacking both his lips and nose. He has long, dark, greasy hair, although he has none on top of his head. He's tall, grey and gaunt, yet he has a somewhat bloated belly, giving him a corpse-like appearance. His arms seem to be connected to the sides of his torso by long, translucent strips of skin, which almost look like slime.

His most telling trait are his fingernails, which are metallic keys of varying shapes, which he uses to lock people in the Further or to lock their voices in.

Much like other demons, The Key Bearer seems to strive to cause pain to others. In his particular case, through keeping spirits as pets, which he locks with his powers in his lair. He does not seem to do that only for a sadistic sense of pleasure, as he feeds on the negative emotions that pulse from the suffering of others.

As explained by Young Elise, The Key Bearer also seems determined to "open all doors" in The Further. As each door in The Further leads to the essence of a particular entity, this could suggest that The Key Bearer seeks to obtain supreme dominion over The Further and all its inhabitants. It is worth mentioning that it also seems to desire a stronger bond to The Living Realm, as it manipulated Elise into opening one such door between her world and The Further (although there is some speculation that it was perhaps sealed behind that door under previous unknown conditions).

The Key Bearer also seems to seek out particularly clairvoyant individuals, such Elise, and her niece Imogen. It seems as though it is capable of using their powers as a conduit to further affect The Living Realm. It is likely that such individuals are highly prized, and serve to expand its influence throughout The Further. If that is the case, it is likely that some of its other captives are psychic as well.

The Key Bearer's two major abilities are utilized by 'locking' its victim in two separate places on the body. It seems the first locking silences its victims and in some cases makes a lock appear around the neck of its victims in the real world. The second locking seems to 'lock' the victim into The Further and not allowing them to escape and also may cause real physical harm as exemplified when Melissa is locked twice.

Apparently, to keep on existing, he must feed on negative emotions, which he produces from others through causing them pain and tampering with their lives. To this end, he seeks out individuals who possess considerable resentment or anger, as it is adept at sharpening these feelings into hatred.

Like other Demons, such as The Fire-faced Demon, The Key Bearer is physically very powerful and can teleport instantaneously from one place to another as well as moving with extreme speed. He can also knock people off their feet with a roar.

At some point after killing Audrey Rainier, The Key Bearer begins to feed on the hatred of Gerald Rainier, Elise's father. Using his powers to invade Gerald's mind, The Key Bearer coerces Gerald into kidnapping nurses and locking them in the basement to be tortured and killed before hiding the bodies and their belongings in a ventilation shaft.

Ted Garza purchases the Rainier family home which has since been abandoned. Subsequently, The Key Bearer begins to influence Ted to emulate Gerald and abduct more nurses to be killed.

Under the influence of The Key Bearer, Ted attempts to murder Elise and Tucker upon their discovery of his latest victim. He is instead killed by Specs.

Melissa, daughter to Elise's brother, Christian, is captured by The Key Bearer while looking for her father's whistle. The Key Bearer uses his powers to first rob Melissa of her voice, then "lock" her soul within The Further.

Elise investigates the house, looking for Melissa, and is guided by the spirit of one of her father's victims to the hiding place in the ventilation shaft. When Elise examines the contents of the cases hidden there, The Key Bearer emerges and drags Elise into The Further.

After imprisoning Elise as he did with Melissa, he reveals that he has also imprisoned the spirit of her father. He encourages Elise to beat her father in the same way he used to beat her during childhood for saying she saw spirits. It is revealed that this is merely a ploy to feed off the hatred Elise has for Gerald's cruelty. Elise regains her senses when Imogen (who has entered The Further to find Elise) arrives. The Key Bearer imprisons Imogen as well, but Elise offers herself in exchange for releasing her nieces.

The Key Bearer attempts to attack Elise, but is stopped by Gerald's spirit, who protects Elise and offers his apologies moments before he fades away. Elise manages to impale The Key Bearer through the nose with Gerald's broken cane. With The Key Bearer momentarily disabled, Elise is able to blow Christian's whistle (given to her by Imogen). Audrey's spirit appears within The Further to aid Elise. She is able to defeat The Key Bearer with Imogen's Lantern and cast him back into the darkness.

In an alternate ending, The Key Bearer reappears after Audrey's spirit attacks it, then goes after Malissa and Imogen. Elise is able to get close to The Key Bearer while he's focusing on them and use Gerald's broken cane to impale its trachea. The Key Bearer staggers from the fatal blow and falls to its knees before exploding. The many keys it has amassed (presumably from wandering The Further and manipulating other psychic individuals) fall to the floor and the cell doors that held its numerous captives are unlocked. After all the imprisoned entities emerge, Audrey helps Elise lead Melissa and Imogen's spirits back to The Living Realm. 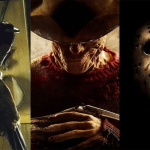